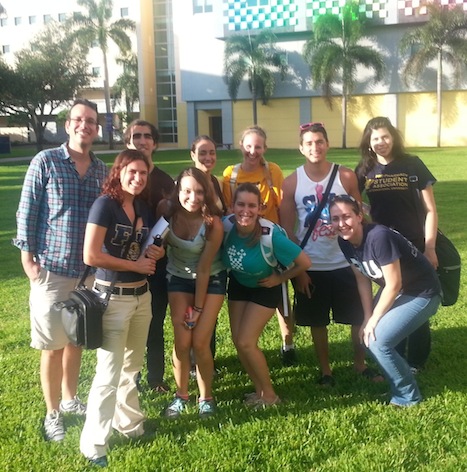 The laboratory of Integrative Marine Genomics and Symbiosis (IMaGeS) focuses on the study of the symbiotic interactions between microbial organisms and cnidarian hosts, in particular reef-building corals, from different perspectives, including cell biology, eco-physiology and ecology.

There is no doubts that coral reefs are among the most biologically diverse and economically important ecosystems on the planet, providing ecological services that are vital to human societies and industries through fisheries, coastal protection, pharmaceutical compounds, and tourism . According to one estimate, coral reefs provide goods and services worth about $375 billion each year – a staggering figure for an ecosystem which covers less than one percent of the earth’s surface.

Coral reef ecosystems worldwide , however, are currently undergoing deterioration because of a variety of natural and anthropogenic processes occurring both at a local (e.g. overfishing, nutrient loading and diseases) and global (e.g. global warming and ocean acidification) scale. Most of the coral mortality, and thus coral reef decline, has been attributed to coral bleaching, which is the massive loss of the algal photosynthetic symbionts caused by abnormal increase of seawater temperature – a phenomenon linked to global warming, and exacerbated by high light intensities. In fact, coral reefs appear to be among the most vulnerable ecosystems to future climate change , as field and laboratory evidence show that sea temperatures of only 1 °C warmer than the usual summer maxima can cause coral bleaching. This breakdown between coral and dinoflagellate symbiosis is detrimental as the reproductive capacity, growth, and disease resistance and/ or survivorship of affected corals is extremely reduced.

The situation in the coming decades would be critical as the thermal consequences of global climate change have been predicted to intensify, which could increase the frequency of coral bleaching and threaten the long-term viability of coral reefs. Coral reef communities have shown over geological time scales of thousand of years, a remarkable period of long-term stability, however the current environmental threats associated with global climate changes, which are severely contributing to the recent declines in reef-forming corals and phase shifts in community structure, are on time scales not observed previously. This raises the question on whether reef corals would be able to acclimatize and/or adapt to the rapid current global climate changes (GCC) – Will the tempo of evolutionary transformation within scleractinian corals be adequate for responding to GCC? In IMAGES, we are currently focused on exploring and understanding the capacity of scleractinian corals and their vital microbial symbionts to acclimatize and/or adapt to the increasing frequency of elevated seawater temperatures occurring on both regional and global scales. On one hand, we are identifying the physiological mechanisms that provide tolerance to the symbiotic consortia to increase of seawater temperature linked to global ocean warming. On the other hand, my research group is exploring the role of the symbiotic microbes, both pathogenic and mutualistic, living with reef corals and their contribution to the coral well-being. For this, my research group uses a wide spectrum of molecular approaches including functional genomics, metagenomics and metatranscriptomics.